This morning, I receive the following question about fear of flying.

"My client took a flight about a year ago.  It was really bad.  Until this, she had been a frequent flyer but, this time, she was really shook up by it. When she took another flight a few months ago, she felt anxious, again. Then, the flight hit a storm, right before landing, and had to circle the airport.  During this time, the plane got bounced around and the client became terrorized.

"I regressed the client back to the original incident and tried to have her talk to her younger self about how planes shutter and drop, and that she had been fine with flying for years.  I then had her warn her younger self about everything that was going to occur on the upcoming flight to prepare her for what was about to happen.

"We ran through it a few times until she felt better about getting on board the flight.  I then tested to see if she had had any bad flights prior to this.  The client revealed that she had experienced two minor incidents that she easily cleared up.

"I tried to have her follow the feeling back to anything else that may have been causing the fear and she said there was nothing, just the flight. I know that she isn't perfect and in a week she has to fly, again.  I am out of ideas of how to help her and would appreciate anything you can offer." 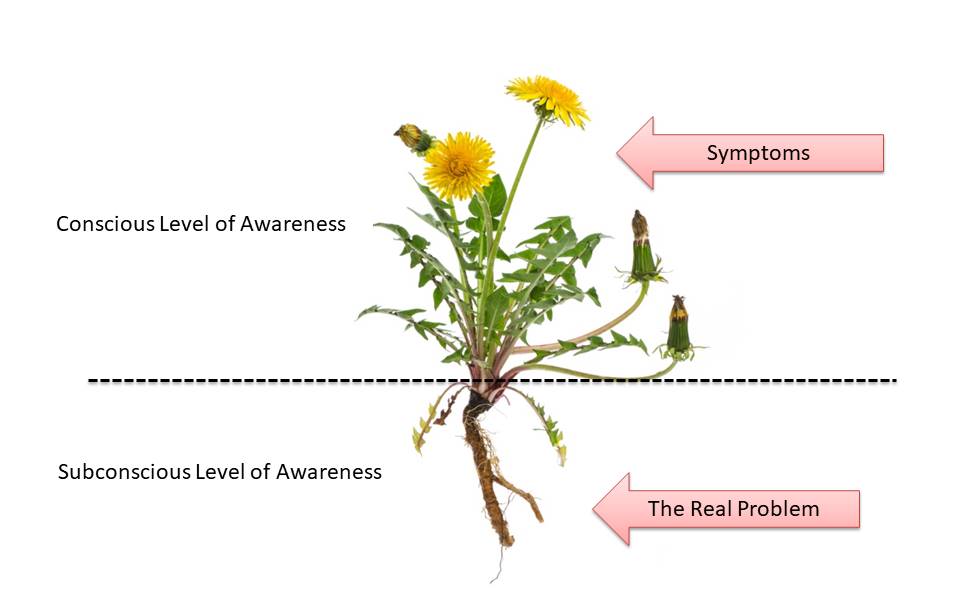 Whatever the trigger happens to be, it isn't the problem.  It's simply acting as a REMINDER of a pre-existing FEAR that is calling for resolution.  That's what you need to locate.

The problem is that, when an issue remains unresolved, every subsequent event (SSE) acts as a REMINDER of the original fear-inducing situation.  This acts to re-stimulate the whole Pain Package, making it stronger. Eventually, the problem gets strong enough to work it's way up to the level of conscious awareness.  That's when it finds a way to express physically through symptoms.  In this case, fear of flying.

This event is the Symptom Producing Event (SPE). The SPE is the event where the client becomes CONSCIOUS of the problem.  Before this, it's just growing underground - like a weed.

You can learn more about how to find and resolve the causal event in the Root Cause Remedy for Results course. 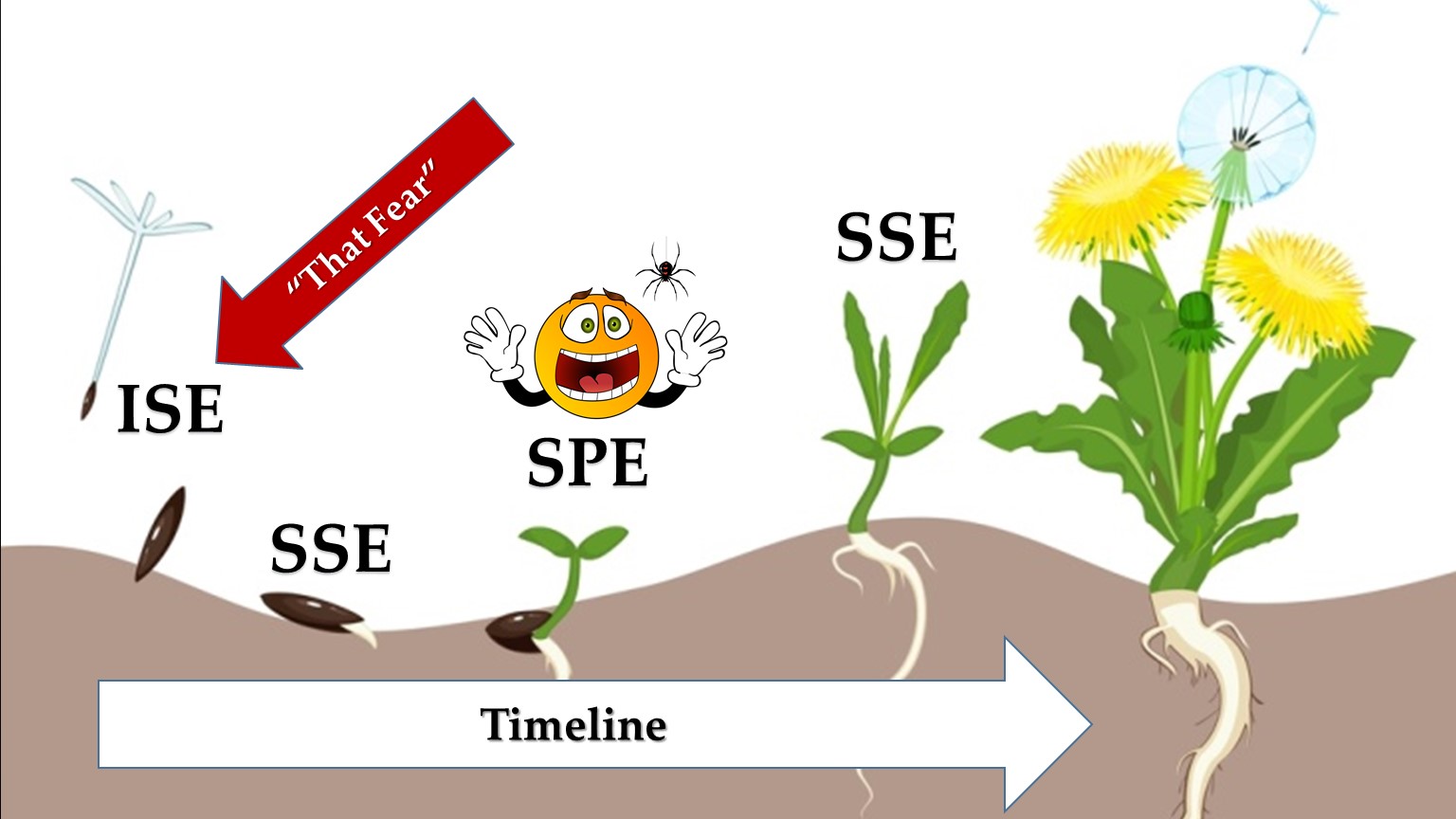 This is the Basic Phobia Development Model

The panicky feeling SEEMS to come out of nowhere.  Consciously, the person KNOWS that their fear of flying is an irrational response.  They just can't CONTROL the feeling.  This just adds to the problem.

The feeling is NOT an irrational response.

It's just happening in the wrong time-frame. The fear is coming out of the ISE.  When you locate THAT event, the fear is completely reasonable, based on the knowledge and maturity of the person AT THAT TIME.

The way to CLEAR this is as follows:

Thought is the cause of "that feeling."

For example, let's say that the client says, "I feel scared because the plane is shaking and that makes me think that I'm going to die!"  This gives you a VERY targeted Affect Bridge that can lead you right back to the cause of the client's fear of flying because it's based in Thought-Cause-Alignment (TCA). i.e., "The THOUGHT 'I'm going to die!' makes me FEEL this fear in my gut." 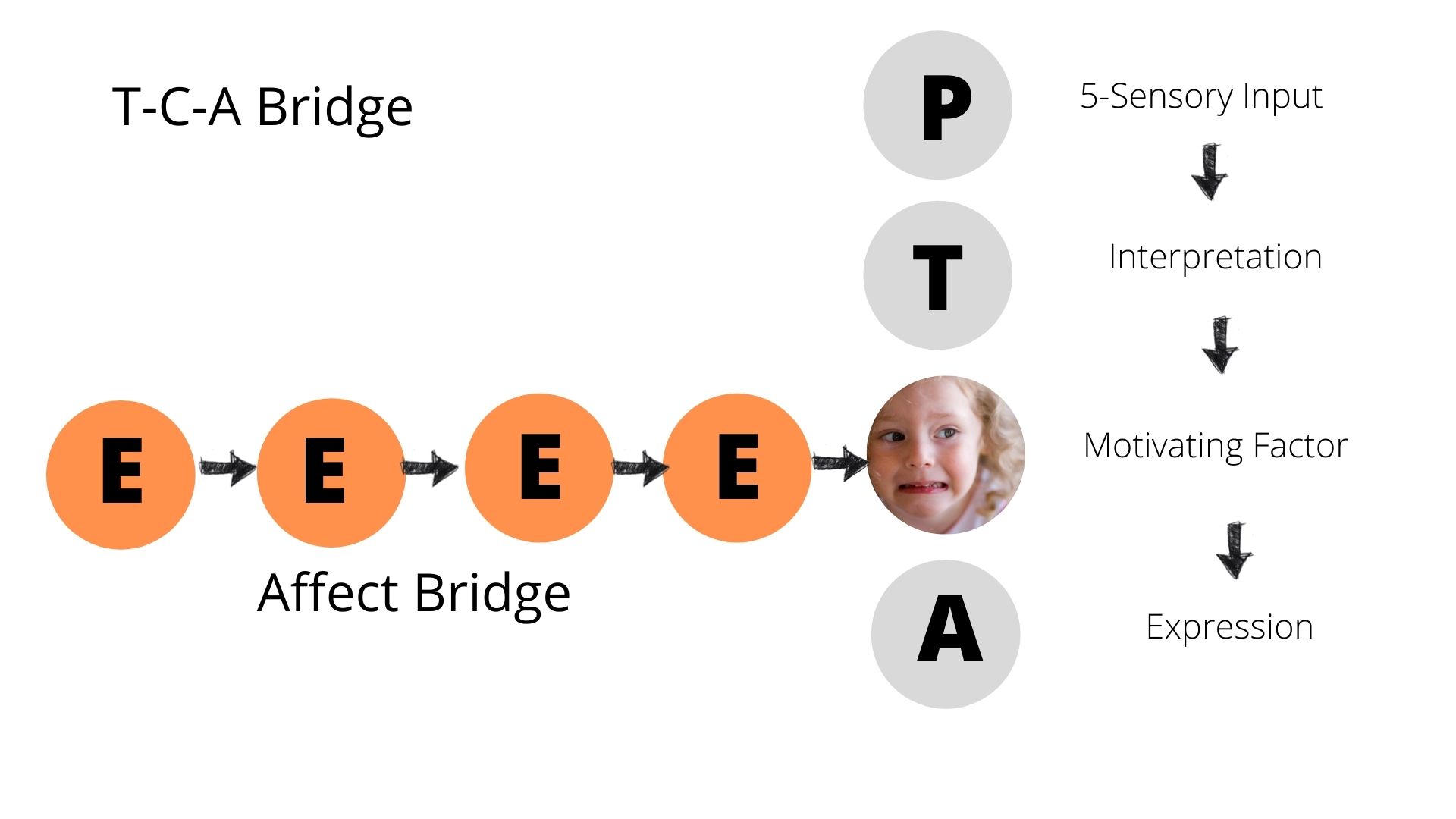 The Interpretation of what's happening is, "I'm going to die".

This Thought is generating the Emotion of fear associated with flying.  The emotion is being felt in the gut. Fear is meant to motivate a person to take action to find safety in a situation of threat.  The sensation of the plane shaking acts as the trigger for the fear.

Often, the fear of flying has to do with not being in control.  Seldom does it have anything to do with airplanes.  Let me give you an example . . .

I had a client who presented with fear of flying.  She said that she used to love flying.  Then, something happened to change that. Consciously, the client believed what caused her fear of flying was a particular flight where she experienced extreme turbulence. Everyone on board was pretty panicky, even the flight attendants!

This, however, was not the cause of her fear of flying.

A little preliminary uncovering work revealed that the first time the client felt any apprehension about getting on a  plane actually occurred prior to this frightening experience.  The event of extreme turbulence was merely the icing on the cake!

This is exactly how any ISE develops.  It begins with the person feeling safe, then something happens to change that.  While this wasn't the cause of the client's fear of flying (not by a long shot!) her earliest conscious memory of feeling apprehensive about getting on a plane gave me a launch-pad for the regression.

This is the place to begin your regression work.  Use a directed regression to access the first consciously-remembered experience of "that feeling", then have the client replay the event to find the feeling.

This method gave me a strong Bridge to follow back.  You need that to get to the ISE.  In this case, the feeling went back to a similar event of turbulence during a flight. Only, this time, the client was much younger.  As a new mother, she was taking her newborn infant on a flight she had taken many times and enjoyed.

This was the first time she had flown with her baby.  When the plane hit some turbulence, the shaking frightened the baby.  The baby started screaming and could not be consoled. A frustrated flight attendant came up to the, now, highly distressed mother and angrily commanded her to, “Shut that baby up!” It was then that the client looked around her and noticed that everyone one the plane was looking at her.

Client: "They're all angry at me!"

The Thought: "They're all angry at me!" was the cause of "that fear." The feeling of terror being experienced by the client in that moment was very specific and Bridged back to what caused it in early childhood. My client grew up with a sister who was twelve years older and who didn’t appreciate being displaced as the baby of the family. As a result, she took to bullying the baby from the earliest age.

The client was terrified of her sister’s anger. This fear was merely triggered during that first turbulent flight.  The flight was the Symptom Producing Event (SPE). It wasn't the causal event.

The cause had everything to do with not feeling safe as a young Child, wanting her sister to love her, and feeling powerless in the face of her sister’s wrath.

Definition of Trauma: the perception of threat while in a state of powerlessness. 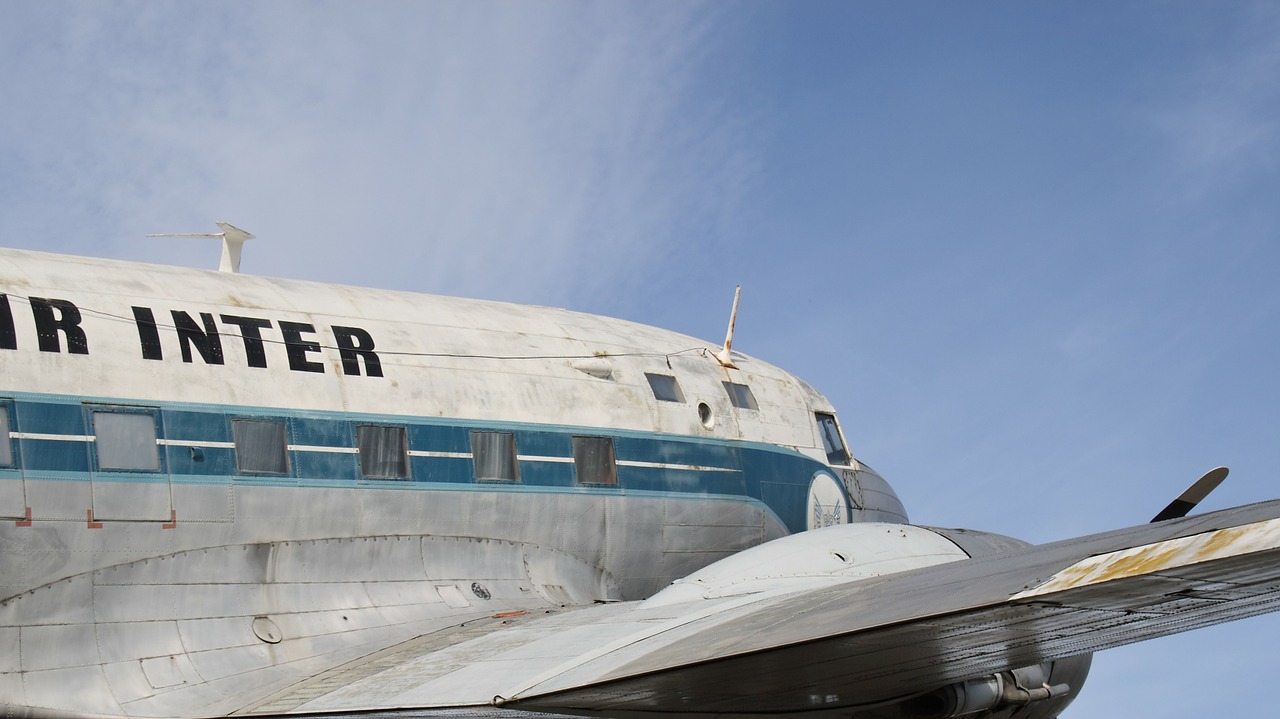 Flying was never the problem.

Fear was the problem.  It started out as a specific fear - the threat of a bully.  This was not an irrational fear.  As a Child, my client was facing the very real threat of an angry bully.  This sensitized her to be wary of "other people's anger."  Her Subconscious Mind was doing it's best to ensure her survival.

During the flight with her baby, the client was in a hyper-suggestible state.  The flight attendant delivered the first suggestion through her tonality.  "Shut that baby up!" The client then realized that she was in a situation of threat, facing an angry mob, anchoring "that fear" to being on a place.  Makes sense, doesn't it?

Fear of flying is a symptom of a problem.

To resolve the "real" problem, you need to find the underlying cause. It's not what's happening now that's the problem.  It's not the circumstance of being on a plane or flight turbulence that's the cause of "that fear". It's how the situation is being interpreted that's the problem.

That has everything to do with a past experience.  When seen in it's proper light - the circumstances that caused it - "that fear" will be understood as reasonable.  Correction then becomes a simple matter of releasing the emotional charge trapped in the event and re-educating the client in a way that allows their younger self to grow up feeling safe and secure.

This will put an end to the fear of flying (or spiders, or snakes, or linoleum or whatever the trigger happens to be) for good.