Be Transparent – People Will Trust You

People have all kinds of fears and misconceptions about hypnotherapy.  That’s to be expected.  Most people don’t know anything about hypnosis.  And what they do know is usually based on stage hypnotism or Hollywood’s version – neither of which have anything to do with healing.

It’s the use of hypnosis for the purpose of creating positive change from the inside out.  It’s not for entertainment. In fact, the only thing it has in common with stage hypnotism or Hollywood’s depictions of the art is that both induce the state of hypnosis.

Hypnosis is a natural state.

People go in and out of hypnosis throughout the day.  A hypnotist is simply someone who is trained in the induction and utilization of this natural state.  But most people don’t know this.  Because they don’t know this, they can have fear and apprehension about their first session.

Some people feel nervous about their first hypnosis session simply because they’ve never experienced it before.   It’s only human nature to fear the unknown.  If they don’t know what to expect, there’s going to be fear.  And if the only thing they know about hypnosis came from the entertainment business, they already know that you can control them.  That is going to generate fear and apprehension about being vulnerable.

Some people suffer from performance anxiety.

This can get projected onto the hypnosis.   So they get all wound up worrying about how they might not do it right, or how they think they can’t be hypnotized.  And it’s because they’re afraid of failing.

Fear is what makes people back out of their appointment at the last minute.  They may not mention it, but that fear can be niggling away in the back of their mind.  Or it might come from someone close to them who they trust – a close friend or a spouse.  But when the fear takes over they’ll cancel their session.  And you won’t know why.

Some won’t even give you the courtesy of a call to let you know that they changed their mind.  That just deprives someone else of that session time.  And you end up not getting PAID.  Boo!

Even when they do show up for their first appointment, these fears can take the form of resistance in session. Fear can prevent a person from entering into hypnosis. It can make it very difficult for YOU to guide the process or get results.

If you can help a person to relax about coming to see you for their first session, they’re more likely to show up for their session.  And you’ll have much less resistance to deal with during the session. So, why not put their minds at ease before the first session by telling them what to expect?

All the secrecy around hypnosis may serve the entertainment industry.  But shrouding a viable healing modality in mystery just makes it seem dodgy and unsafe.

If you want to grow your healing practice you need to demystify what hypnosis really is.

The way to do that is to educate the public.  When a person calls to inquire about your services, make it your business to educate them about what to expect working with you. 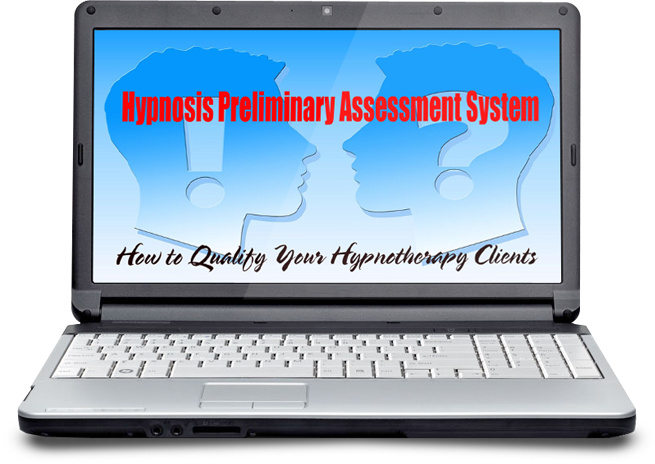 This one simple strategy can dramatically improve the results you're getting in your regression hypnotherapy sessions!

The course was absolutely phenomenal!

The course was absolutely phenomenal! Wendie is easy to understand, has a very upbeat personality, explains things in a very simple in a step-by-step process, I'm excited to apply this new knowledge to my own healing practice.